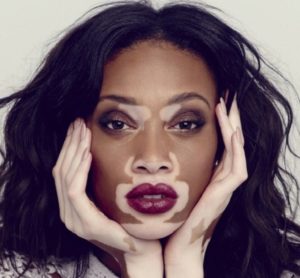 Vitiligo is the loss of skin pigment that causes white spots or patches to appear on the skin. No one knows precisely why this happens, but it affects people of all races, many of which are kids and teens.

Because vitiligo affects a person’s appearance, it can be distressing. However, it is not a form of skin cancer, and it is not contagious.

Sometimes, the skin stops making melanin. Initially, this may cause a small spot called a macule that is lighter in color than the skin around it. In time, these white patches may spread and grow to cover more areas of the body.

Occasionally, these white patches spread at a fast rate, then remain stable for years. Other times, the spread is slower, occurring over a more extended period.

Even though vitiligo affects all races, the spots are more evident on people with darker skin.

Skin specialists do not know the exact cause of vitiligo, but they do have theories. Some think it is the immune system attacking healthy melanocytes. Others believe it is genetic.

Vitiligo: How to Diagnose

A doctor can usually tell if someone has vitiligo simply by looking at the white patches. On people with fair skin, they use a tool called a Woods lamp. This lamp makes use of UV light in a dark room to highlight damaged areas that would be tough to see with the naked eye.

The doctor also may do a blood test to check for thyroid problems and diabetes, since they can increase the risk of vitiligo.

There is no permanent cure for vitiligo. At times, patches disappear on their own. Otherwise, doctors can prescribe treatments that might help even out skin tone. Some of these treatments are things you can try at home.

Sunscreen. Use a good sunscreen every day. Because vitiligo spots have no melanin, they can’t tan. If you don’t use sunscreen, your vitiligo patches may burn or scar.

Cosmetics. Different kinds of concealers are available to cover vitiligo. Your doctor can recommend products that can help cover up patches. Try various brands to find out which works for you.

Corticosteroid creams. When applied to white spots during its early onset, corticosteroids may help bring some color back to the skin. It decreases the inflammation that leads the epidermis to have fewer pigment cells.

Photochemotherapy (PUVA). In PUVA therapy, a medication called psoralen is either applied to the white patches of skin or taken orally. Spots are then exposed to ultraviolet light, like the sun, but more often, from an artificial source like a UVA lamp. It turns the affected skin pink, which in time tends to fade to a more natural color.

Narrow-band UVB therapy. This treatment is more popular than PUVA. They are similar, except that the ultraviolet light used here is UVB instead of UVA. UVB therapy does not make use of psoralen, eliminating some of the risks in PUVA treatment.

Dermatologists are looking into a new procedure called a melanocyte transplant. It works by removing a sample of pigmented skin and using it to grow melanocytes in the lab. Doctors can then transplant this back into the depigmented skin to return some of the missing colors.